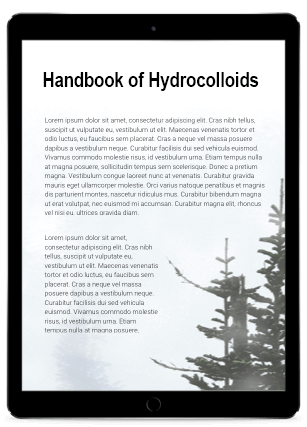 Handbook of Hydrocolloids: A Guide to Carrageenan

Carrageenan, a soluble fiber & hydrocolloid derived from red seaweed, is a natural food ingredient that has been used for hundreds of years in cooking all over the world.

It often replaces synthetic and animal-based products (like Gelatin). It is also commonly used in vegetarian and vegan diets and lifestyles.

Carrageenan is used in a variety of commercial applications as gelling, thickening, and stabilizing agent, especially in food products and sauces. Aside from these functions, carrageenans are used in experimental medicine, pharmaceutical formulations, cosmetics, and industrial applications.

Carrageenan, a soluble fiber & hydrocolloid derived from red seaweed, is a natural food ingredient that has been used for hundreds of years in cooking all over the world.
It often replaces synthetic and animal-based products (like Gelatin). It is also commonly used in vegetarian and vegan diets and lifestyles.
Carrageenan is used in a variety of commercial applications as gelling, thickening, and stabilizing agent, especially in food products and sauces. Aside from these functions, carrageenans are used in experimental medicine, pharmaceutical formulations, cosmetics, and industrial applications.

What are the 3 Main Structures of Carrageenan?

1. Kappa Carrageenan yields a strong gel often described as firm and brittle in the presence of potassium ions, and may have syneresis  Kappa needs to be solubilized in hot water, but the sodium salts of kappa-carrageenan can be soluble in cold water. The resulting gels are not freeze-thaw stable.

2. Iota forms a soft elastic gel especially in the presence of calcium ions (EU) and the resulting gel strength is ionic strength dependent. Unlike kappa, iota-carrageenan forms gels with freeze-thaw stability and is less likely to undergo syneresis. The iota form is soluble in hot water, and only the sodium salts of iota-carrageenan are soluble in cold water.

3. Lambda is a non-gelling polysaccharide mainly used to thicken solutions. Unlike kappa, which uses potassium ions to set, and iota, which uses calcium ions to set, lambda-carrageenan does not require ions to achieve a viscous solution. The lambda form is also the only carrageenan which is cold-soluble without being a sodium salt.

Carrageenan Specification All In One

As a responsible carrageenan supplier in China, Gino Biotech provides food systems solutions to many industries, at the same time, flexible packaging solutions could also be provided.  We will help you boost your business and make you stand out from the competition by offering you custom packaging. 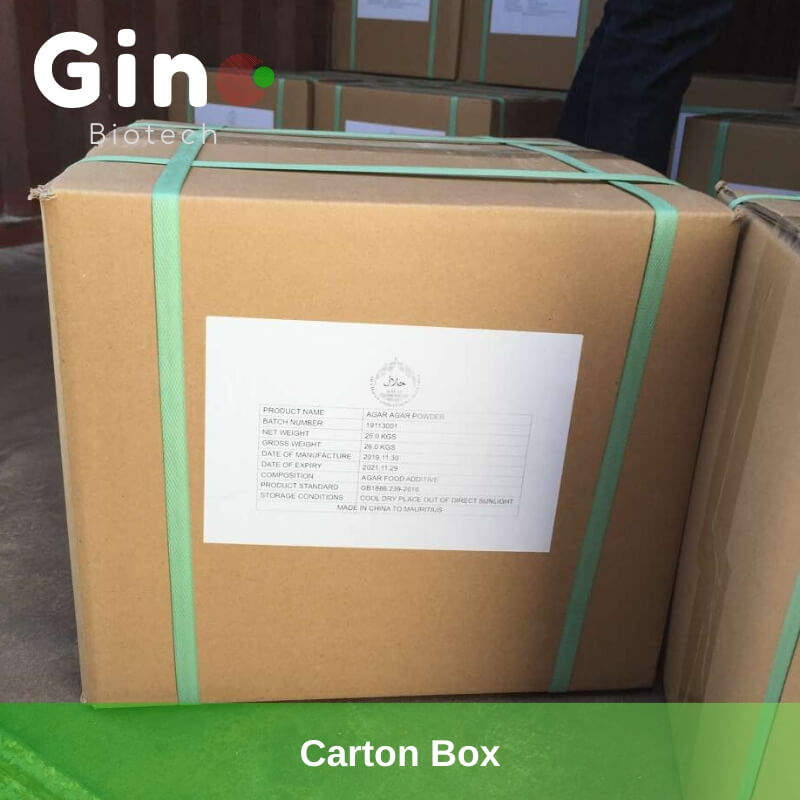 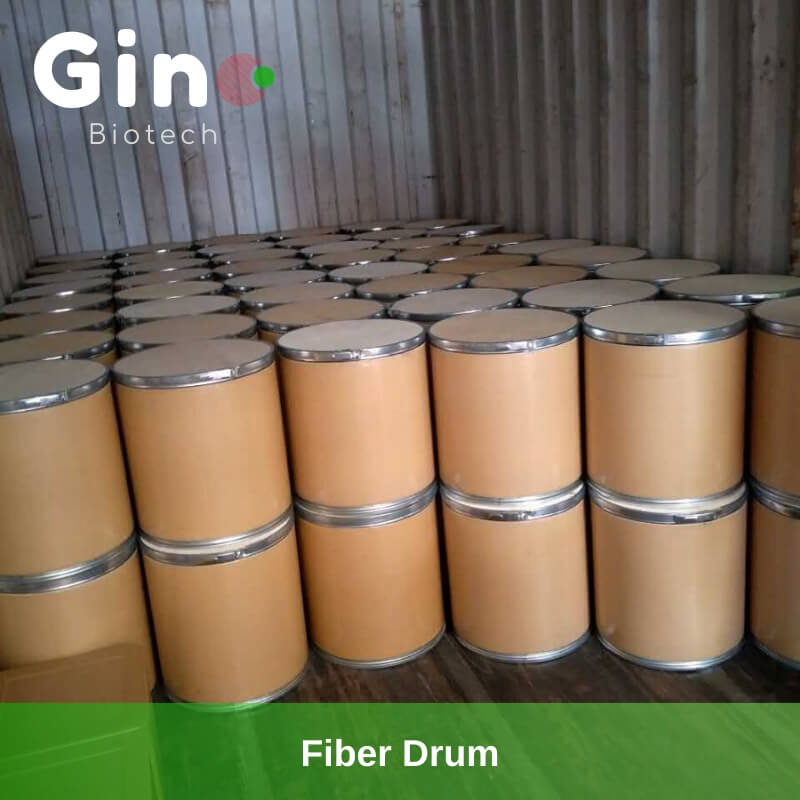 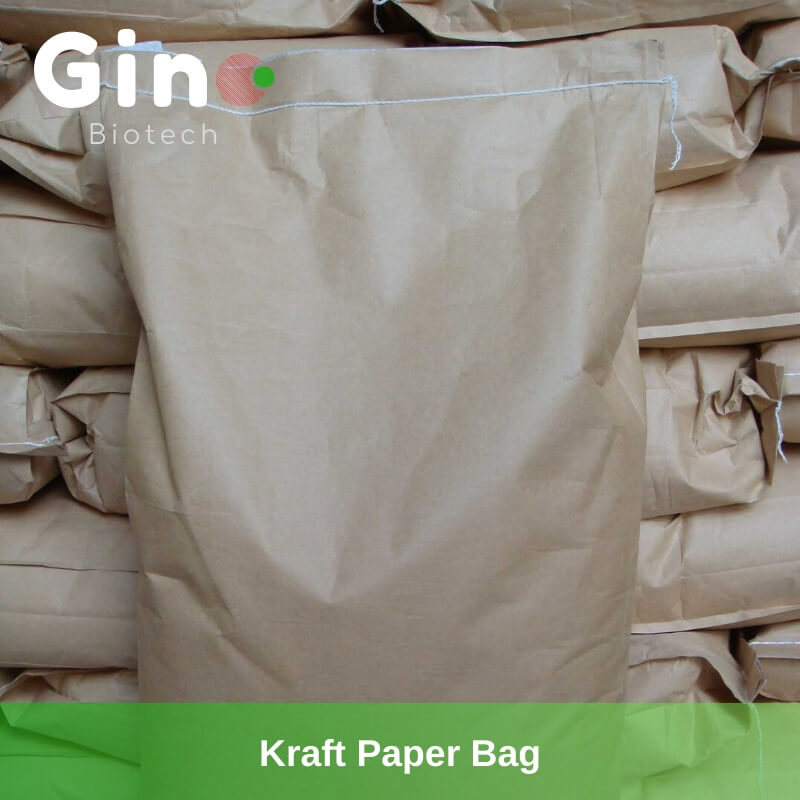 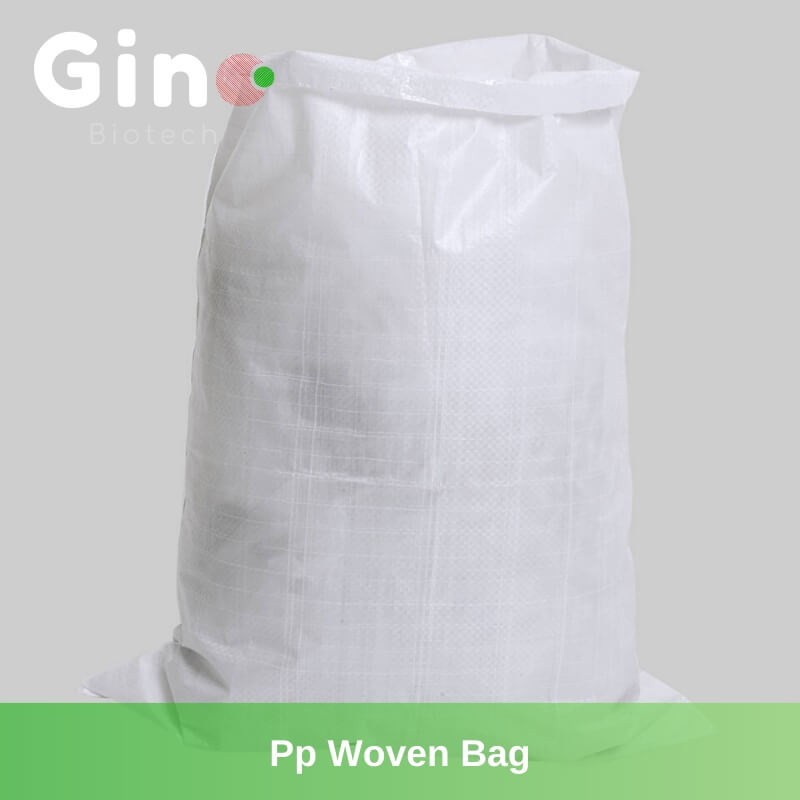 Carrageenan is one of the most popular and successful food additives in the world, for stabilizing, thickening, and gelling food systems.

Carrageenan has antioxidant activity and other properties that make it useful in health supplements.

Carrageenan influences the development of beneficial microbial communities in the digestive tract.

It is also used for cost reduction and added value.

What are the typical applications for carrageenan?

Carrageenan can be found in a number of foods you eat every day, including yogurts, cheeses, chocolate milk and almond milk, ice cream, salad dressing, jams and jellies, hotdogs, beers, and more.

Kappa carrageenan with good gel properties is commonly used in confectionery. Carrageenan is a derivative of galactose, which is insoluble in cold water and gradually dissolved in hot water when heated to 60°C.

Carrageenan has a strong water absorption rate, up to 30 to 40 times, too much water in the production process will prolong the boiling time, and too little water can not fully dissolve the gelatin, which will affect the gelling ability. The general water consumption is 22 ~ 25 times that of carrageenan.

Here is the suggested carrageenan gummy candy recipe for your reference:

Note: A moderate amount of fruit acid and the same proportion of buffer can also be added to the ingredients.

According to the literature, if carrageenan and locust bean gum are compounded in the ratio of 3:1 to 1:3, the strength and structure of the gel can be increased and improved, in addition to enhancing the phenomenon of overcoming dehydration shrinkage.

Based on years of research on carrageenan, agar, and konjac gum, and their compound products, we provide not only products but also product application solutions. Let Gino be your next long-term carrageenan supplier!

An overwhelming body of evidence supports the conclusion that carrageenan is safe and suitable for use in food.

Regulatory authorities in every region of the world including the United States, Europe, China, Japan, and Brazil have found carrageenan safe for use in food.

Most recently, in July 2014, the Joint FAO/WHO Expert Committee on Food Additives (JECFA), “concluded that the use of carrageenan in infant formula and formulae for special medical purposes for infants up to concentrations of 1000 mg/L is not of concern”. The committee reviewed all studies, including those claiming negative effects of carrageenan, and concluded that carrageenan was safe, even for those most vulnerable in our population—infants.

In addition, experts from the World Health Organization have placed carrageenan in the best possible category for any food additive, noting it “does not in the opinion of the committee represent a hazard to health.”

The International Agency for Research on Cancer has found carrageenan to be non-carcinogenic. It also doesn’t cause inflammation of the gastrointestinal tract.

There are many well-known multinational companies and groups around the world that produce and supply carrageenan and its compounding products.
If carrageenan is not safe, then why are there more and more carrageenan suppliers?

Gino Biotech will always select the most reliable carrageenan producers and manufacturers, and we aim to be your best carrageenan supplier and a good partner for other hydrocolloids from China.

Don’t take our word for it, just hear what our satisfied customers have to say!

We import kappa carrageenan and other additives from China to Argentina every month, and we have developed a great partnership with Gino Biotech since 2016.

Their dedication to our business is evident in all steps of the orders. We appreciate their great work. Nice carrageenan supplier!

We are a small factory for the preparation of sausages, we selected only reliable carrageenan suppliers especially to be assured of quality and service.

No doubt Gino is a very good carrageenan supplier & partner, we will keep the long-term good relationship with them in the future.

" To bring the technical and functional hydrocolloids to the food industry. "

" To be the strategic partner and become one respected carrageenan supplier in the hydrocolloids world. "